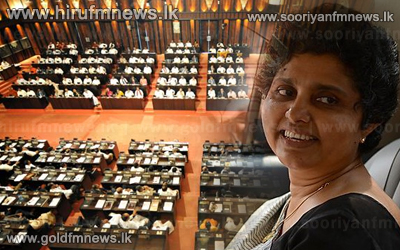 The impeachment report against the Chief Justice has been approved in parliament by a majority of 106 Votes.

155 voted in favour of the motion, while 49 voted against it.

Thissa Witharana, Chandrasiri Gajadheera, DEW Gunasekara, Rajeev Wijesinghe of the ruling party were not present in parliament at the time of the vote.

Wasudewa Nanayakkara and Y G Padmasiri had voted in favour of the impeachment motion while J Sri Ranga had voted against.

The UNP and TNA MPs also voted against the motion.

The MPs of the Democratic National Alliance were not present in the parliament and TNA MP R. Sambandan and UNP MPs Thalatha Athukorala and Vijayakala Maheshwaran were also not present at the time of the vote.

According to our parliamentary correspondent UNP MP Lakshman Kiriella had raised concerns stating that the day’s parliamentary agenda had not contained in it an allocation for a ballot.

Accordingly a debate in this regard was held in parliament.

However speaker Chamal Rajapaksha stated that he would require 10 minutes to decide whether or not to hold a ballot and therefore, suspended parliamentary activities for 10 minutes.

Following the ballot the speaker Chamal Rajapaksha stated the results of the ballot in the following manner.