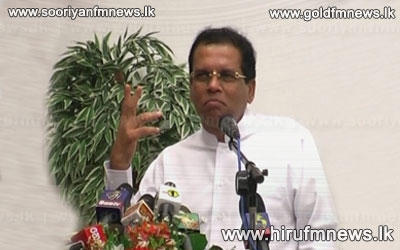 Minister of Health Maithreepala Sirisena states that in an impermanent

world there are no permanent personalities or designations.

Speaking at the Suwa-Kala award presentation ceremony which was held at the Ministry of Health yesterday, Minister Sirisena added that despite having received many accolades, it is fruitless if one had failed to obtain the accolades of the public.

Meanwhile the Frontline Socialist Party made a revelation regarding the dreams of parliamentarian Anura Kumara Dissanayeke.

Addressing a seminar held to educate the public on the impeachment motion of the Chief Justice in Kandy yesterday Attorney -at-Law Waruna Deeptha Rajapaksa made the following observations.