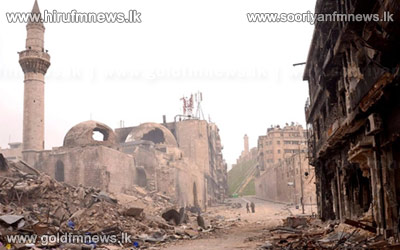 Russia called for a political transition in Syria, while Switzerland said it would petition the International Criminal Court to probe war crimes in the country.

The Syrian Observatory for Human Rights said Regime warplanes carried out air strikes near the capital and a car bomb blew up in Damascus province, while gunmen shot dead an athletics champion.