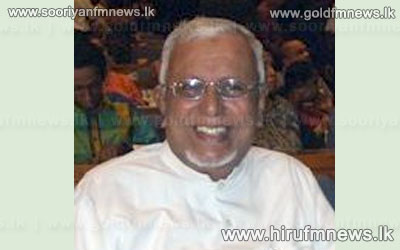 While parliamentary council consists of five members, including the Speaker, the Prime Minister and MP A. H. M. Aswar representing the Government on behalf of the minority communities.

In addition the opposition leader and MP D. M. Swaminathan representing the opposition on behalf of the minority communities are members of the parliamentary council.

But MP A. H. M. Aswar said further that parliamentary council would meet today and take its official decision with regard to the new Chief Justice's appointment.