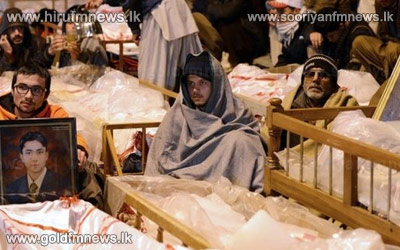 The chief minister of the Pakistani province of Balochistan has been sacked over deadly bomb attacks in the provincial capital Quetta on Thursday.

The sacking, announced by Pakistan's prime minister, had been demanded by Shia protesters in the city.

They have been mounting a 3-day protest vigil with the shrouded bodies of the victims of Thursday's attacks.

The banned Sunni militant group Lashkar-e-Jhangvi said it carried out the bombings, which killed at least 92.