New CJ should be appointed based on seniority & tradition state legal luminaries. 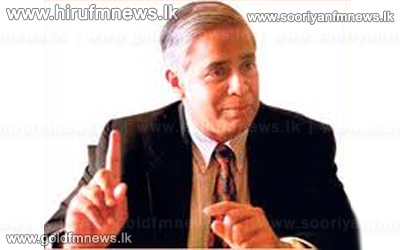 Former Chief Justice Sarath Nanda Silva states consistent to traditions, a Senior Magistrate of the Supreme Court should be appointed as the next Chief Justice.

Expressing his views to our news team Sarath Nanda Silva stated that since the sacking of Chief Justice Shirani Banadaranaike was embroiled in controversy, the most sagacious action would be to appoint a Chief Justice in keeping with tradition.

Meanwhile Senior Attorney Gomin Dayasri stated that if another individual is appointed as the new Chief Justice instead of a Supreme Court Magistrate such an action may lead to dispute.

He also noted that a higher probability existed that court action may be sought against such an appointment.