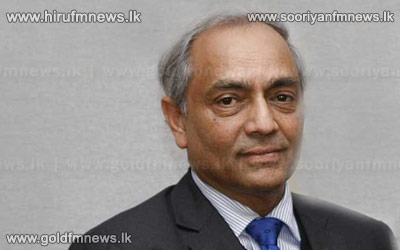 Former Attorney General Mohan Peiris states that he is scheduled to be sworn in as the new Chief Justice before the president.

Upon inquiry by our news team he stated that the swearing in ceremony will take place at 12.30.

Thereafter he entered the Sri Lanka Law College and was called to the Bar in 1975.

Thereafter he enrolled as a Solicitor of the Supreme Court of England and Wales in 1978.

In 1981 he joined the Attorney General’s Department as a State Counsel, later becoming a Senior State Counsel serving for over 15 years.

During this time he trained at the National Institute of Trial Advocacy at Harvard Law School, the Centre for Police and Criminal Justice Studies at Jesus College, Cambridge and at George Washington University.