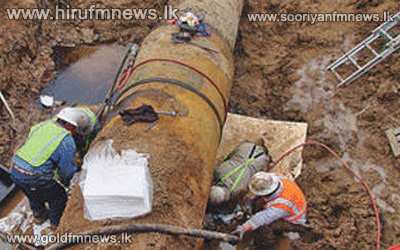 Two leaks were reported along the oil pipe lines that transport oil from the Colombo port to the Kolonnawa Oil storage facility.

The oil storage facility stated that the leaks have been continuing since last night.

A senior spokesperson for the oil storage facility stated that technical officers have been deployed to these areas.

However, it is reported that between 3000 and 5000 litres of fuel have been leaked.

Media spokesperson of the Oil Storage Facility Nissanka Jayawardena had the following to say in this regard.

Leaks were reported along this pipe line on several occasions before.

In November of last year a leak occurred in the underground pipeline near the Navy ground of Viharamawatha in Meethotamulla.

Speaking to our news team the chairman of the CPC branch of the Jathika Sevaka Sangamaya ,Ananda Palitha stated that the authorities have not taken any steps to repair the pipeline at present.