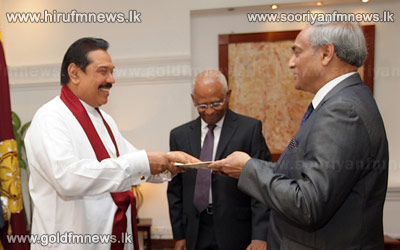 Newly appointed Chief Justice Mohan Peiris states that laws need to be formulated to suit the present and not the past.

He made this statement while meeting with a group of lawyers after assuming his duties as the chief justice.

Speaking further the chief justice stated that the legal system should be moulded to be able to face challenges.

Former Attorney General Mohan Peiris was sworn in as the new Chief Justice today at 12.37pm before President Mahinda Rajapakse at temples trees and presidential secretary Lalith Weerathunga was also present during the swearing in.

Following the swearing in ceremony the new chief justice assumed his duties at his official chambers in the Hultsdorf court complex.

President Rajapakse proposed the name of former AG Mohan Peiris for the post of Chief Justice to the parliamentary council.

After convening today the council approved of the proposal and informed the president and subsequently former AG Mohan Peiris was sworn in as the chief justice.