Health Ministry and police investigation about the death of the Waliweriya student after revelation by GOLD news. 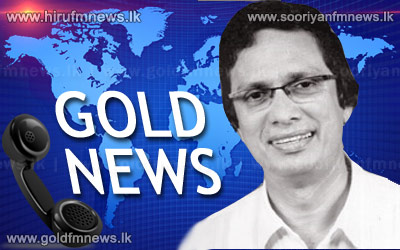 Deputy Health Minister Lalith Dissanayake says that the Health Ministry has launched a special probe with regard to the sudden death of the female student after admission to the Gampaha District hospital.

We disclosed information about this through our main news bulletin last afternoon.

The Deputy Minister who called our news team after listening to the news bulletin stated as follows:

18 year old Udari Ireshika who received education at the Kelaniya Gurukula Vidyalaya was admitted to the Gampaha District Hospital on Monday following complaints of a severe headache.

Unfortunately the 18 year old passed away on the very night of the same day.

Parents of the 18 year old have directed their accusations at the medical staff of the hospital stating that she wasn’t given adequate attention.

According to the mother of the victim, Udari had not been diagnosed until two hours following her admission.

The Mother of Udari Ireshika speaking to our news team expressed the following views.

When inquired from the Medical Superintendent of the Gampaha Hospital Sudath Dharmarathna it was noted that all possible efforts to salvage the life of the patient had been made.

However Deputy Health Minister Lalith Dissanayake said further the Health Ministry would hold a special investigation on this.