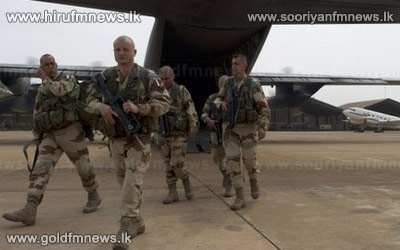 French troops battled Islamist rebels in Mali in a war that escalated as Al-Qaeda-linked fighters claimed to have taken 41 foreigners hostage in a retaliatory attack in neighbouring Algeria, with two reported dead.

After days of airstrikes on Islamist positions in the northern territory the rebels seized in April, French and Malian ground forces battled the insurgents in the central towns of Diabaly and Konna, north of the capital, Bamako.

In a dramatic development over the border in Algeria, Islamists claimed to hold 41 foreign hostages, including seven Americans, after an attack on a gas field in the country's east.

Algerian media reported the dawn attack on a gas field had left two foreigners -- including a Briton -- dead, and six injured.