Investigation into the alleged death threats at J.C. Weliamuna 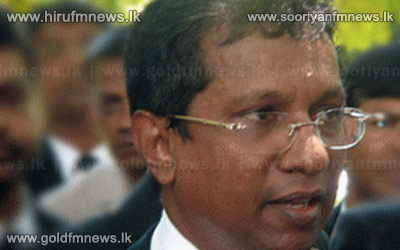 Police Media Spokesperson SSP Prishantha Jayakodi states that an investigation has been launched into the alleged death threats which have been received by Attorney-at-Law J.C. Weliamuna.

UNP MP Mangala Samaraweera expressing his views during the parties media briefing which was held today made the following observations in this regard.

When inquired if investigations have been launched into the complaint lodged by Attorney-at-Law J.C. Weliamuna in this regard, Police Media Spokesperson SSP Prishantha Jayakodi had this to say.