Yet another proposal on behalf of Rizana 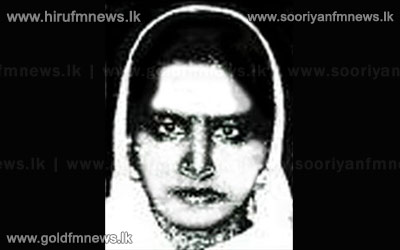 A pamphlet distribution campaign denouncing the recent beheading of Rizana Nafeek in Saudi Arabia was carried out today before the Colombo Fort railway station.

National Organiser for the Women's Movement for Freedom Hemamali Abeyrathna expressed the following views in this regard.

Meanwhile Asian Tribune, an internet daily has urged Sri Lanka to join with the international community to bring about international pressure on Saudi Arabia

during the 22nd regular session of the Human Right Council session which is due to be held from the 25th of February to the 22nd of March in a move aimed at condemning the country for beheading Rizana Nafeek in the name of religious law and judicial executions.

Meanwhile Ministers Rauff hakeem & Felix Perera have made cash donations to the family of Rizana Nafeek.