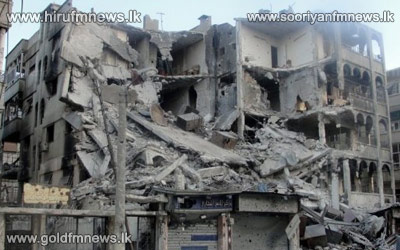 More than 100 civilians have been killed in a new "massacre" in Syria, as Russia slammed the United States for blaming deadly blasts at a university campus on the Damascus regime.

The Syrian Observatory for Human Rights said the deaths came when the army swept through farmlands north of Homs city, where it said around 1,000 people had sought refuge from fighting in the central Syria metropolis.

Witnesses said several members of the same family were among those killed, some in fires that raged through their homes and others stabbed or hacked to death.