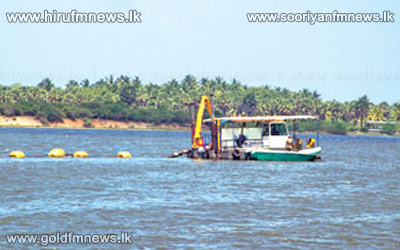 The Dikkowita Fisheries Harbour project, commenced in 2008, has been funded by a soft loan of Euro 41 million from the Government of Netherlands and the government of Sri Lanka.

The Dikkowita Fishery Harbour was constructed to replace inadequate berthing facilities at various locations in the Negombo lagoon so that local fishermen can get to open water without having to negotiate the Hamilton Canal.

The new harbour, consisting of two terminals for local and international operations, is designed to handle a daily catch throughput of 125 metric tons of fish.

The port basin of the harbour spans a breadth of approximately one kilometre with two breakwaters and a dock wall.

The harbour basin with a depth of more than six meters could berth 500 vessels in both piers.

The new fisheries harbour stands on an 8.1 hectare area and has 11.7 hectares for the harbour basin.