Railways Professional Trade Union Alliance to engage in a strike 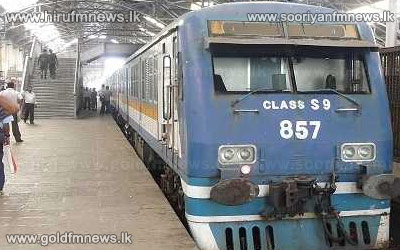 The Railways Professional Trade Union Alliance states that it has decided to engage in a strike commencing from 21st midnight.

Convenor of the Railways PTUA Janaka Fernando expressing his views to our news team stated that the strike is being launched against the non materialisation of several demands including salary anomalies.

Speaking further he noted that the strike action which will be launched on the midnight of the 21st would be observed until 6pm on the 24th.