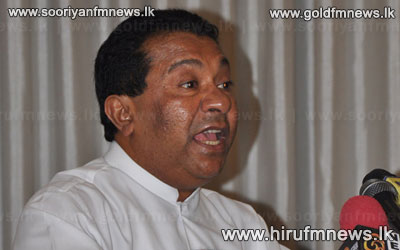 Minister of Higher Education S B Dissanayaka and Minister of Education Bandula Gunawardana spoke regarding certain incidents which positively and negatively affect the education sector.

6 students were injured in a clash which took place between two student groups at the Moratuwa University.

Speaking at a media briefing that was held today in Colombo Minister of Higher Education S B Dissanayaka stated that students who are identified to have been involved in the incident will be removed from the university.

Meanwhile, the Inter University Students Association alleged that the Chairman of the Students Union at the Ruhuna University was assaulted in Matara Meddawaththe.

However, Minister S B Dissanayaka made the following clarification regarding the matter.

Meanwhile, the National Function to provide lunch for students in 2013 was held in Trincomalee during which Minister of Education Bandula Gunawardana stated that this was an example to the world.