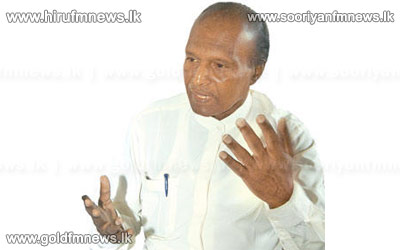 The Lanka Sama Samaja Party has decided to call in for explanations from fellow party parliamentarian Y.G. Pathmasiri who voted in favour of the impeachment motion against the former Chief Justice.

According to internal sources the politburo of the party had arrived at this decision last evening.

Although it had been initially decided that the Lanka Sama Samaja Party would abstain from casting votes during the final stage of the impeachment, fellow party parliamentarian Y.G. Pathmasiri cast his vote in favour of the impeachment.

However General Secretary of the Lanka Sama Samaja party Professor Thissa Vitharana had been absent during the time votes were being cast.

Yesterdays meeting had extensively focussed on this issue while only 8 out of the 13 members representing the party's politburo had been present.

Moreover two proposals had emerged during yesterdays meeting, one stating that the party membership of party parliamentarian Y.G. Pathmasiri should be repealed and the other stating that an inquiry should be called in seeking explanations.

Against this back drop the General Secretary of the LSSP had called in for a vote.

Two votes had been cast in favour of calling in explanations while the other four had been cast calling for the party membership of Y.G. Pathmasiri to be repealed.

Two party members had abstained from casting their votes.

When inquired from the Deputy Secretary of the Lanka Sama Samaja Party Anil Soysa in this regard he noted that he was unable to comment on the issue since it was an internal party matter.