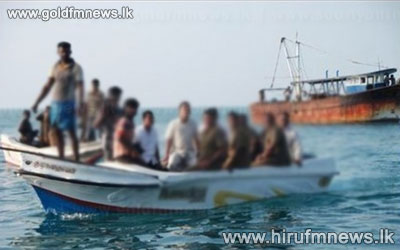 21 Sri Lankan fishermen who had engaged in illegal fishing activities adjacent to the Krishna-mampatnam coastal strip in India’s Andra Pradesh have been placed under arrest by Indian authorities.

120 Kg’s of fish along side 4 boats have been seized by the Indian Coast guard who had later handed over the fishermen to the port police at the Kasi-medu fisheries port.