3 high profile US delegates due in island next week 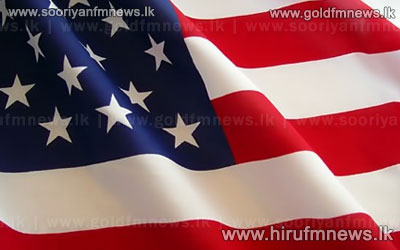 Press & Information Officer of the U.S. Embassy for Sri Lanka & Maldives Chris Elms states that a high profile state delegation would be arriving in the island next week.

The delegation as part of its itinerary will meet with senior Sri Lankan officials, members of various political parties as well as civil society to discuss a wide range of issues, including progress in implementing the Lessons Learnt and Reconciliation Commission recommendations and National Action Plan.

Meanwhile addressing a function held yesterday the US Ambassador to Sri Lanka Michelle Sisson stressed that the impeachment of the former Chief Justice may influence investment opportunities being made in Sri Lanka in a negative manner.

Sisson reiterated this view expressed by the US Department of state earlier, during a function which was organised by the Board of Investment in Matara yesterday.

Meanwhile Minister Susil Premajayantha responded to allegations levelled against by the Spokeswoman of the US Department of State Victoria Nuland who went on to say that the US was not content with the clarifications provided to it regarding the ousting of Sri Lanka's former Chief Justice.

Speaking during a recently held Cabinet Decision Media Briefing Minister Premajayantha noted that all government activities were well within a democratic frame work.

Meanwhile Secretary of Defence Ghotabhaya Rajapaksa addressing a function held in Colombo yesterday stated that American diplomat's were querying him on a matter which was altogether entirely different.