Ascertain the motive of the US delegation; a request to the government 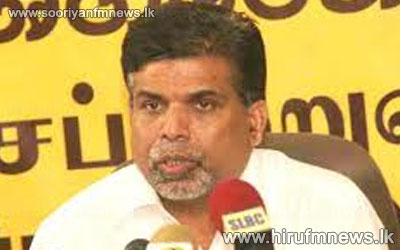 The Patriotic National Movement requests the government to ascertain the actual motive of the 3 Assistant Secretaries of the US State Department who planning to visit the country.

Secretary of the Movement Dr. Wasantha Bandara stated that the delegation was arriving in Sri Lanka to gather evidence to be used against the country at the forthcoming Geneva Session.

It is reported that the UN's human rights office has stressed that the impeachment of Sri Lanka's chief justice Dr. Shirani Bandaranayake has further eroded the rule of law in the country,

Secretary of the Patriotic National Movement Dr. Wasantha Bandara speaking regarding the matter expressed these views.

Press & Information Officer of the U.S. Embassy for Sri Lanka & Maldives Chris Elms states that a high profile state delegation would be arriving in the island next week.