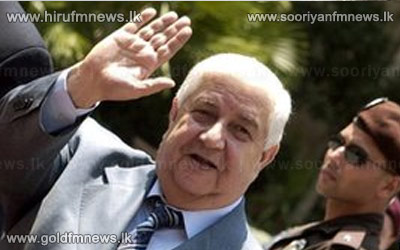 Syria's foreign minister has invited the "nationalistic opposition" to lay down its weapons and join talks to form a new government.

Walid Muallem said any opposition group could join a new cabinet as long as they reject foreign intervention.

He said any discussion of President Bashar al-Assad's future was "unacceptable".

For its part, Syria's leading rebel movement rejects anything short of Assad's removal.