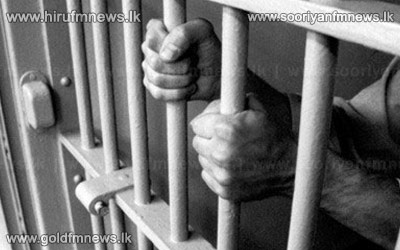 The revised legal amendment to existing law which makes it possible for police to detain a suspect under police custody from 48 will be presented before parliament this Tuesday.

At present the police are permitted to detain a suspect under police custody for a period of 24 hours.

Earlier on according to the Leader of the House Minister Nimal Siripala De Silva the revised amendment to the existing law had been included in the parliamentary agenda previously, but however was delayed in being debated.

Accordingly the new revision will be presented before parliament this Tuesday.

Under the existing law police are only able to detain a suspect for 24 hours.

During this period it is imperative that the suspect be produced before the respective magistrate within the police jurisdiction.

A detention which exceeds 24 hours is only possible if the suspect has been charged with a crime contained within the Criminal Ordinance Act.

have expressed their dissent against the proposed amendments.

Propaganda Secretary of the JVP MP Vijitha Herath expressed the following views in this regard.

Meanwhile addressing a media briefing convened by the Front Line Socialist Party, Propaganda Secretary Pubudu Jayagoda noted that his party was in stiff dissent against the proposed amendment.