Inauguration Day: Obama to be sworn in for second term 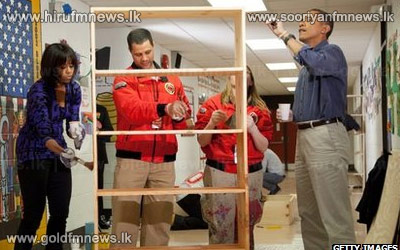 Barack Obama is due to be officially sworn in for his second term as US president in a small ceremony at the White House.

Although the US Constitution requires the oath of office to be taken by noon on 20th January, as that falls on a Sunday the public inauguration will take place on Monday.

Obama will take his official oath in the White House's Blue Room.

The public ceremony with pomp and circumstance will follow a day later.