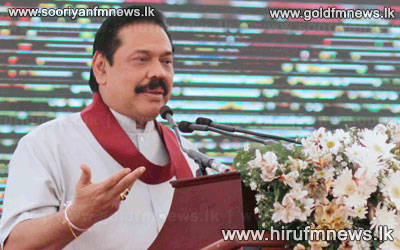 President Mahinda Rajapaksa states that it was his government that played the most pivotal part in forwarding the nations health care system into new horizons.

Speaking further President Rajapaksa noted that the current government was spending considerable amounts of funds on behalf of the education as well as health care sectors.

President Rajapaksa's comments came during the inaugural ceremony which was held to inaugurate the renovation of the Nuwara Eliya hospital which is being carried out at an estimated cost of 6686 million rupees.

Expressing his views further president Rajapaksa noted that subsequent to his government taking over the reigns of the country in 2005, estate hospitals which were in a decrepit state were acquired by the central government, there by providing a qualitative health service to the estate community.

Moreover President Mahinda Rajapaksa toured the Nuwara Eliya town this morning while engaging in cordial discussions with the area residents.