An assurance from Minister Mervyn of not leaving Kalaniya. 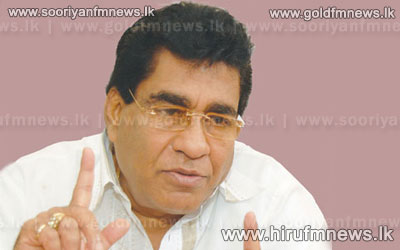 Public Relations and Public Affairs Minister Mervyn Silva says that he has no intention whatsoever of leaving the Kelaniya electorate.

The Minister said so while participating at a meeting held in Kelaniya yesterday.

This was the first time Minister Mervy Silva participated in a public function after the recent killing of Kelaniya Divisional Councillor Hasitha Madawala.

Minister Mervyn Silva expressing his views on the occasion stated as follows: