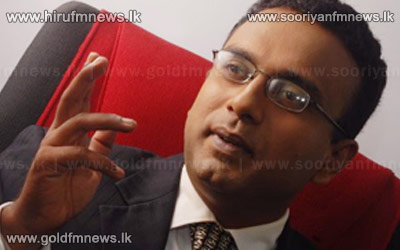 Several United National Party MP's are drawing up plans to seek court assistance regarding a party decision to implement disciplinary action against party members who had voted in favour of the recent impeachment motion.

Addressing a media briefing held in Colombo today UNP MP Manusha Nanayakkara expressed the following views in this regard.

Meanwhile the Working Committee meeting of the UNP is currently underway at party headquarters, Sirikotha.

It is reported that a decision regarding MP's who were elected to parliament under the symbol of the elephant and had voted in favour of the impeachment would be drawn up during this meeting.

Moreover several office bearers for the year 2013 are also due to be appointed during the parties working committee meeting which is currently underway.

In the interim UNP MP Manusha Nanayakkara expressed the following views this morning with regard to the parties working committee meeting.