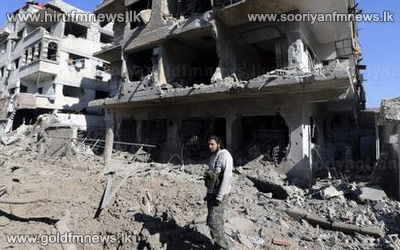 A suicide car bombing in central Syria killed at least 30 people yesterday, also reporting a powerful blast in Damascus, as the Arab League said UN efforts to end the conflict had failed to bring even a "glimmer" of hope.

The United Nations said it would conduct a major humanitarian operation in the war-torn country, with its mission to Syria describing the need for it as "enormous," having found people in dire need of medical and alimentary aid.

Moscow, one of President Bashar al-Assad's last remaining supporters, announced it would send two planes to Lebanon to evacuate more than 100 Russians out of Syria.