Recalled Saudi Ambassador yet to arrive on the Island 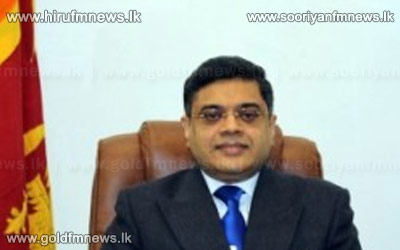 It has been 12 days since the external affairs ministry stated that the Sri Lankan Ambassador to Saudi Arabia will be recalled in protest of the execution of Rizana Nafeeq.

However, it is reported that Sri Lankan Ambassador to Saudi Arabia, Ahmed A. Jawad has still not arrived in the island.

The statement issued by the foreign secretary also contained the fact that despite several requests by the Sri Lankan government to release Rizana, the Saudi Government did not respond in a favourable manner.

Upon inquiry by our news team on the 13th of this month, foreign secretary Karunathillaka Amunugama stated that steps will be taken to appoint an ambassador to Saudi in the future.

However, our news team inquired from the media spokesperson of the external affairs ministry Rodney Perera as to why the Ambassador to Saudi has not arrived in the island yet.

He stated that the ambassador to Saudi Arabia has been informed in writing to return to Sri Lanka and that he does not know the reason for the ambassador not arriving in Sri Lanka.