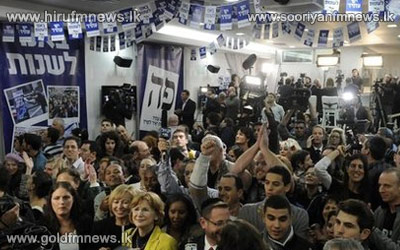 They predicted a narrow majority for Netanyahu's Likud-Beitenu and nationalist allies. The prime minister pledged to form a broad coalition.

The high turnout is thought to have benefited Labour and centrists,

Netanyahu is expected to seek an alliance with a new nationalist party, Habayit Hayehudi (Jewish Home).