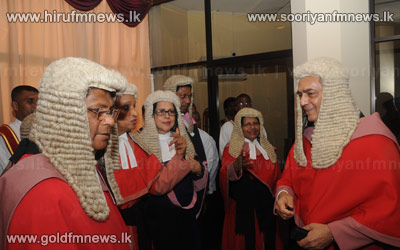 Chief Justice Mohan Peiris states that he expects the cooperation of all parties to uphold the countries law.

Chief Justice Mohan Peiris expressed these views during the welcoming ceremony held in honour of him at the Supreme Court Complex this morning.

It is reported that a large number of lawyers as well as officials from the Attorney General's Department had been present during the ceremony.