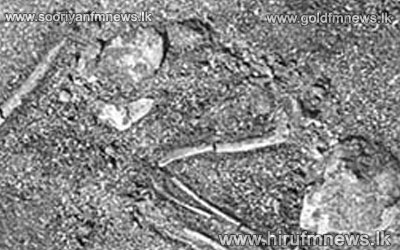 Police Media Spokesperson SSP Prishantha Jayakodi states that the assistance of foreign specialists would be sought if required to carryout dating on the bone fragments which were recently recovered from the premises of the Mathale hospital.

At present the assistance of domestic specialists have been obtained in this regard.

Judicial Medical officer of Mathale Ajith Jayasena expressing his views to our news team during the excavations noted that it was imperative that the assistance of specialists be obtained to carry out dating on the bone fragments.

A total of 105 skeletons were recovered from the premises of the Mathale hospital during excavations.

According to Police Media Spokesperson SSP Prishantha Jayakody a report containing the progress achieved thus far regarding investigations is due to be handed over to the Mathale Magistrates Court on the 30th of this month.