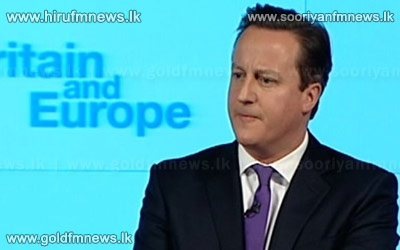 In a long-awaited speech in London, Cameron vowed to hold a referendum by the end of 2017 giving voters the choice of staying in or leaving the European Union if his Conservative Party wins the next election in 2015.

He said he wanted to renegotiate the terms of Britain's troubled EU membership before putting the new agreement to a vote.

Europe's power couple France and Germany warned Britain it could not expect to pick and choose its rules in the 27-nation bloc.