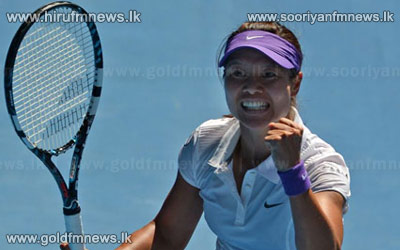 Second seed Sharapova had only dropped nine games in her previous five matches but struggled with her serve throughout the semi-final clash at Melbourne Park.

Li, broke Sharapova three times to take the opening set, including in the first game, and then broke the Russian again in the fifth game of the second.

Li, the first Asian player to win a Grand Slam crown, took only 93 minutes to end Sharapova's hopes on a blisteringly hot day in Melbourne.