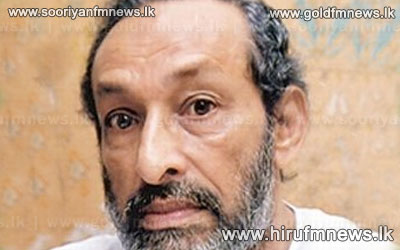 According to subject Minister Wasudewa Nanayakkara subsequent to discussions at the ministry’s parliamentary advisory group meeting, the proposal in this regard has been forwarded to the attention of President Mahinda Rajapaksa for approval.

It has already been proposed to recite the re-composed national anthem at national events.

According to Minister Wasudewa Nanayakkara, the public should be afforded the opportunity to recite the national anthem in their vernacular tongue during non national events.

Speaking further minister Nanayakkara noted that it has been proposed to recite the re-composed national anthem during the upcoming Independence Day celebration.

However, Leader of the Jathika Hela Urumaya Venerable Omalpe Sobhitha Thero states that instead of politicians, specialists in linguistics should be given the opportunity to re-compose the national anthem of the nation.

When inquired from the Ministry of State Administration & Home Affairs a senior spokeswoman confirmed that the original national anthem composed in accordance to the 1978 constitution would be recited during the upcoming Independence Day celebrations.

She also noted that if any alterations were being made to the national anthem such a move should be ratified by the Ministry of State Administration & Home Affairs.