Select committee to be appointed to investigate extremist groups 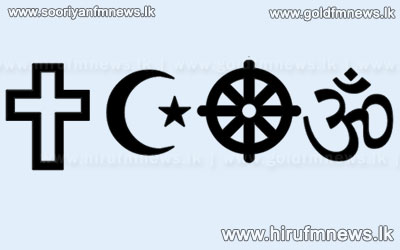 Speaking in parliament today Minister Nimal Siripala De Silva made this observation in reply to a question raised by the Parliamentary group Leader of the Democratic National Alliance Anura Kumara Dissanayeke.

UNP MP Lakshman Kiriella meanwhile echoed the following sentiments in this regard during a party media briefing which was held yesterday.

Moreover Chairman of the of the Bodhu Bala Sena Organisation Venerable Galagoda Aththe Gnanasara Thero shared the following views with our news team with regards to the appointment of a Special Parliamentary Select Committee, which would be tasked with investigating alleged attempts of inciting

Minister Keheliya Rambukwella made a special statement in this regard.

Meanwhile in a bid to avoid communal tension steps have been taken to temporarily suspend the screening of 'Vishwaroopam' a film directed by famed South Indian film star Kamal Hassen.

Cabinet Media Spokesperson Minister Keheliya Rambukwella also expressed his views in this regard.

Screening of 'Vishvaroopam' has currently been suspended in Tamilnadu stating that the film may spark communal tension.