Rajiv Wijesinghe says he will not go to Geneva 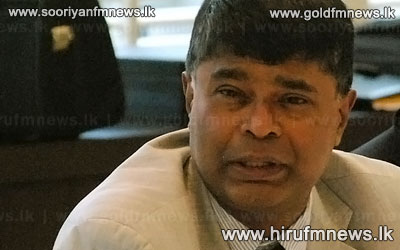 Parliamentarian Professor Rajeewa Wijesinghe states that he has not been notified by the party regarding any disciplinary action due on him.

Professor Wijesinghe who did not vote in favour of the recent impeachment motion against ousted former Chief Justice Dr. Shirani Bandaranaike may face a disciplinary inquiry by the Sri Lanka Freedom Party since he had been elected from its national list.

several proposals have been submitted against Professor Wijesinghe stating that a disciplinary inquiry should be launched against him since he had been absent in parliament during the vote on the impeachment.

Cabinet Media Spokesperson Minister Keheliya Rambukwella made the following observations in this regard during yesterday's cabinet decision media briefing.

Against this backdrop Professor Rajeeva Wijesinghe noted that if the party decides to implement a disciplinary hearing against him, he would be prepared to face such an inquiry.

Professor Wijesinghe also noted that he would not partake in the upcoming session of the United Nations Human Rights Council Meeting scheduled to be held in Geneva this March.