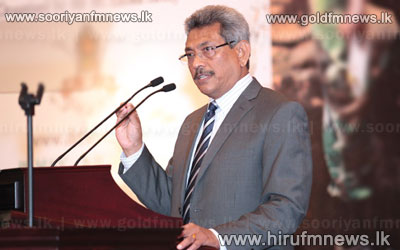 Secretary of Defence Ghotabhaya rajapaksa states that if the police fulfils its duties in upholding the countries law & order the force would be able to gain the respect of the countries public.

Defence Secretary Ghotabhaya Rajapaksa made this observation while addressing a ceremony organised to recognise the collective services of the countries police force today which was held at the premises of the Maharagama Youth Centre.

Inspector General of Police N.K. Illangakoon who also addressed the gathering noted that 72,000 warrants had been served during the last 4 months alone.