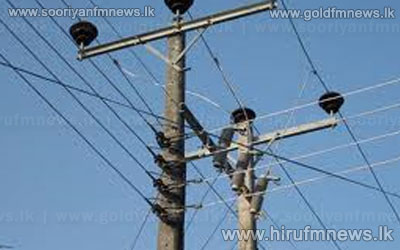 The Public Utilities Commission states that it is in the process of studying the expenditure estimates provided by the Ceylon Electricity Board in a bid aimed at increasing electricity tariffs.

Power to make changes in electricity tariffs remain vested with the PUC.

However Director General of the PUC Damitha Kumarasinghe noted that prior to any changes in electricity tariff rates, public opinion would be sought.

In a further expression of his views to our news team Director General of the PUC Damitha Kumarasinghe noted that according to the CEB's estimates 268 billion rupees has been estimated as the board's annual expenditure this year.

He also noted that the PUC hopes to determine if these estimates have been calculated based on approved criteria.