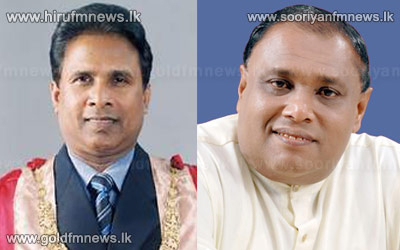 Mayor of Galle Methsiri De Silva who was recently vacated from his post had called in a media briefing today.

Speaking here Methsiri De Silva noted that he had been driven out of post in an unlawful manner.

Methsiri de Silva also noted that the responsibility of this act should be borne by the Chief Minister of the Southern Province Shan Wijelal De Silva.

When contacted by our news team in this regard Chief Minister of the Southern Province Shan Wijelal De silva noted that Methsiri De Silva had been vacated from his post following standard & legitimate protocol.

All allegations raised by Methsiri De Silva in this regard were refuted by the Chief Minister of the Southern Province.