An all party decision to safeguard National harmony 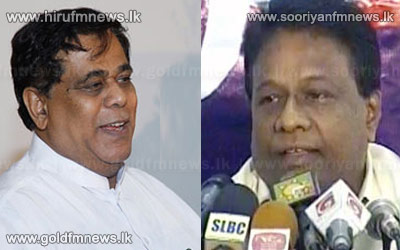 Minister Nimal Siripala De Silva stated that the government is prepared to take steps through an All Party decision to safeguard National and Religious harmony.

The Minister expressed these views at an event that was held on Mahiyanganaya yesterday.

Meanwhile, Minister of Youth Affairs and Skills Development Dallas Alahapperuma spoke regarding two factions who are attempting to destabilize the country.

This was at an event that was held at the Nakulugama Viharaya in Hambanthota.