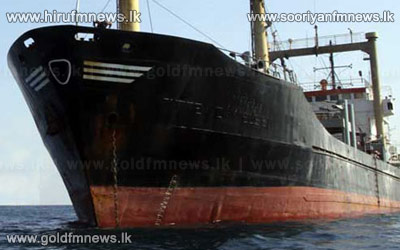 An Iranian-flagged cargo ship that fled Sri Lankan waters after weeks of detention by the island nation's navy has arrived back in Iran.

The Sri Lankan navy fired warning shots in early January to prevent the MV Amina from leaving its waters, acting on a court order obtained by Germany's DVB Bank in pursuit of debts it said were unpaid.

Days later however the vessel sailed away from the island in rough seas, the navy said.

The Amina, is managed by Tehran-based Rahbaran Omid Darya Ship Management, which the European Union and United States have said is a front for Islamic Republic of Iran Shipping Lines, Iran's biggest cargo carrier.

IRISL has faced Western sanctions for years based on accusations of transporting weapons, a charge it denies.