President states that he will not let religious harmony & cooperation degrade 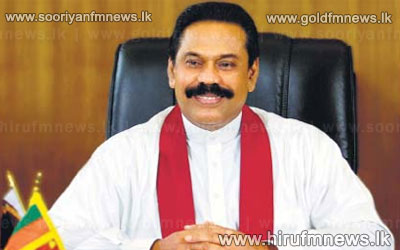 President Mahinda Rajapaksa states that acts which are intended on breaching the good will & harmony between ethnicities would not be permitted under any circumstance.

President Mahinda Rajapksa made this observation while meeting representatives of the Bodhu Bala Sena at Temple Trees this afternoon.

In his remarks President Rajapaksa also noted that subsequent to the eradication of a 3 decade long war, the countries population were benefiting from its peace dividend.

Speaking further President Rajapaksa had noted that all ethnicities should converge to preserve the peace which had been obtained.