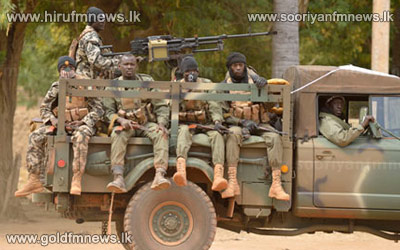 French-led forces in Mali are advancing on the key northern city of Timbuktu, as they press on with their offensive against Islamist rebels.

The advance comes as African Union leaders are meeting to discuss sending more troops to Mali.

Islamists seized the north of the country last year, but have been losing ground since French forces launched an operation earlier this month.