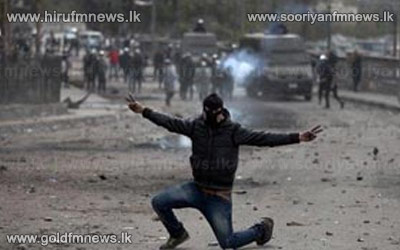 Deadly unrest gripped Egypt for a fifth straight day as the main opposition bloc turned down an invitation to hold talks with President Mohamed Morsi and called instead for fresh mass protests.

A man was killed as police and protesters clashed in Cairo and lobbed rocks at each other on a bridge in an underpass leading to the capital's iconic Tahrir Square as tear gas hung heavily in the air.

Medics later said one person was shot dead late Monday outside a police station in Port Said, where dozens of people have been killed in confrontations between demonstrators and police since Saturday.

The latest clashes in the capital continued sporadically throughout the day, witnesses said, accusing gunmen of opening fire on the demonstrators from rooftops.