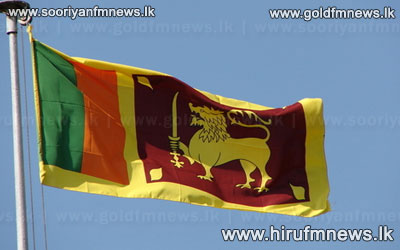 Minister of National Language and Social Integration Vasudewa Nanayakkara states that, the proposal to sing several verses of the National Anthem in Tamil will not be implemented during the 65th Independence Day celebration scheduled on the 4th of February.

However, the JVP pledged its support to the proposal of a bi lingual national anthem.

Speaking at the press conference held in Colombo today, JVP propaganda secretary Vijith Herath expressed his views regarding this.

Meanwhile, the JHU is opposing the proposal for a bi lingual national anthem.

Media spokesperson of the JHU Nishantha Sri Warnasinghe stated his stance in the following manner.

However, our news team inquired from Minister Vasudewa Nanayakkara whether the national anthem will be sung in two languages at the Independence Day celebrations on the 4th of February.