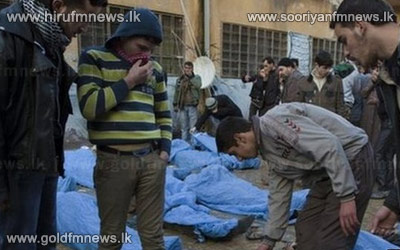 The bodies of dozens of young men, all apparently summarily executed, have been found in the northern Syrian city of Aleppo.

UK-based Syrian Observatory for Human Rights says that at least 71 bodies were found by a river in the western Bustan al-Qasr district.

Most had their hands tied behind their backs and gunshot wounds to the head.

The UN says the conflict has left more than 60,000 people dead.