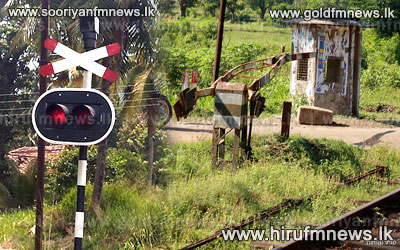 Due to a protest the express train travelling from Kandy to Matara was stopped between the Balapitiya and Aandadola train stations this morning causing a delay of approximately 20 minutes.

The residents of the Owilana village in Balapitiya - Pathamulla had conducted the protest blocking the railroad demanding a level crossing along the road leading to the village.

The residents of the village stated that following the upgrading of the coastal railroad the level crossing they were using had been removed.

During the protest, the chairman of the Balapitiya Pradeshiya Sabha, A. Dayaratne arrived at the scene of the protest.

Speaking to our news team he stated that although discussions have been conducted with the railway authorities no solution has been granted.