Dolphin Massacre in the Kalpitiya Sea 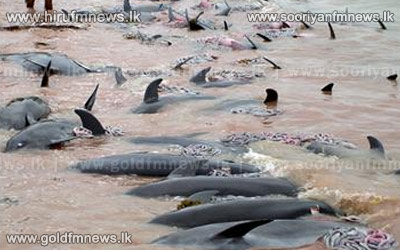 Fishermen today revealed of a dolphin massacre in the Kalpitiya - Kaandankuliya coastal belt after 42 dolphins were killed yesterday alone.

Several fishermen who witnessed the massacre expressed their views to our news team.

Our news team brought this issue to the attention of the newly appointed fisheries and aquatic resources minister, Sarath Kumara Gunaratne and he stated that he will take necessary steps to prevent this activity.

Environmentalist Jagath Gunawardena revealed that such mass killing of animals in their natural environment is a felony and that those who engage in such activities can be arrested without a warrant.