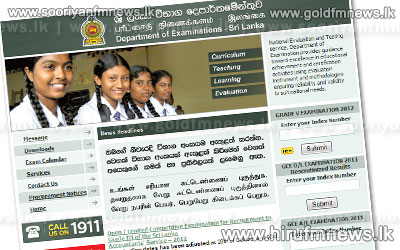 Two students from Weerakaetiya Rajapaksa Central College have become the all island first in Biology and Mathematics respectively according to the 2012 G.C.E. A/L examination.

The GCE A/L examination results were released on the internet last night and can be viewed by visiting the Examination Department website www.donests.lk.

An Examinations Department spokesman told our news team that results would be released to schools today.

Our news team was able to contact the two students who became first island-wide in Biology and Mathematics.

Kasun Lakmaal who won the first place in Biology expressed his views to our news team regarding his achievement as follows: